The first annual Interfaith and multicultural - Flavours of Iftar event was held on July 28, 2012 at Hespeler Memorial Arena in Cambridge - where approximately 180 guests attended the event.

The event was organized by the Ahmadiyya Muslim Jama`at members of Kitchener, Waterloo, Cambridge, Brantford and Guelph.

Registration and social began around 6:30 pm, and the formal event started at 7:00 p.m with the recitation of the Holy Qur'an. Verses 184 and 185 of chapter 2 were recited by Hafiz Sajeel Ahmad of Kitchener and the translation was read out by Basil Ahmad of Cambridge. Thereafter, the Interfaith Iftar Panel was introduced. The following is the list of five religions and speakers that participated:

These distinguished scholars presented the traditions of Fasting in their respective faiths. Each speaker spoke for about 6 minutes each. 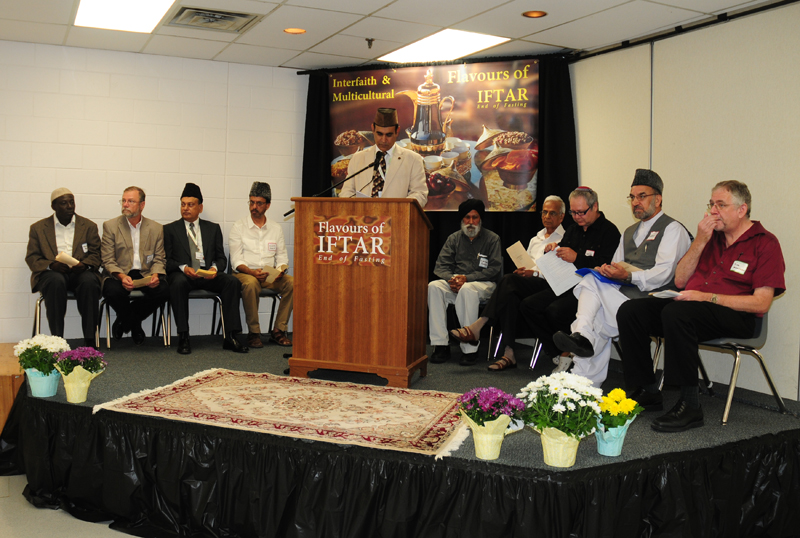 Following the Interfaith panel's deliberations, the Multicultural Iftar Panel was introduced. It consisted of members from the following regions:

These members presented the history on how Islam came to their respective regions and countries and what are some of their traditions of ending a fast. Some of foods introduced by these members from various parts of the world was also included in the menu for the evenings flavours of Iftar banquet. 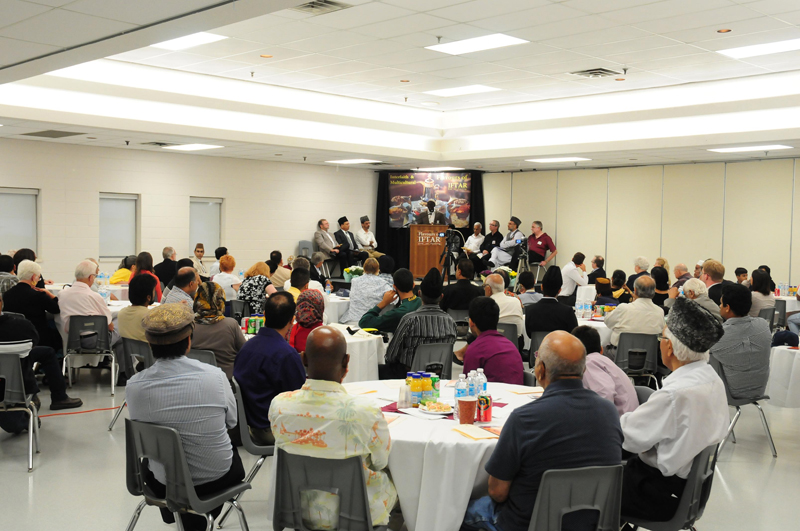 Several Dignitaries, attended the whole event. Following is a list of some significant ones:

Several of the above were also given a chance to speak for a few minutes to bring greetings and express their impressions. All of them very much appreciated to be invited to this wonderful event. 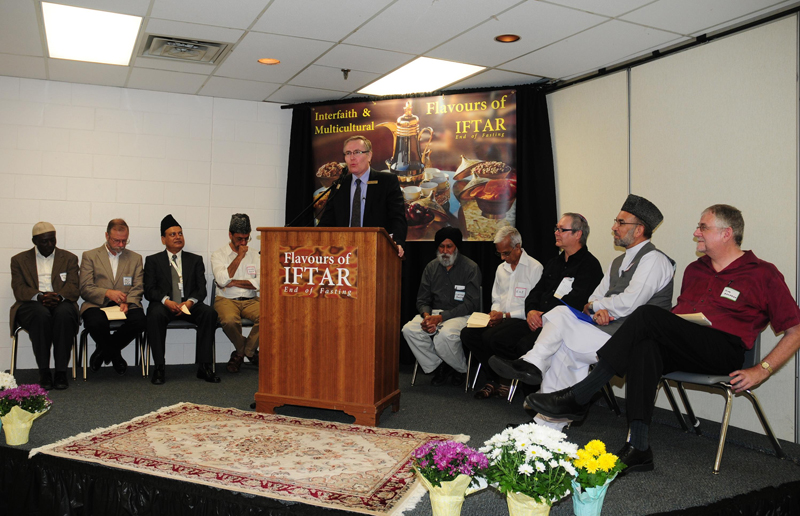 Cambridge Mayor, His Worship Doug Craig and member of parliament for Kitchener Centre, Stephen Woodworth particularly praised the Ahmadiyya Muslim Jama`at for its out-reach efforts and to include all faiths and cultures in their programs, thus demonstrating practically their motto, "Love for All, Hatred for none"

Finally, respected Mirza Muhammad Afzal sahib gave a remarkable 15~20 minute keynote speech expounding the Philosophy of fasting, which was very much enjoyed and appreciated by the audience. 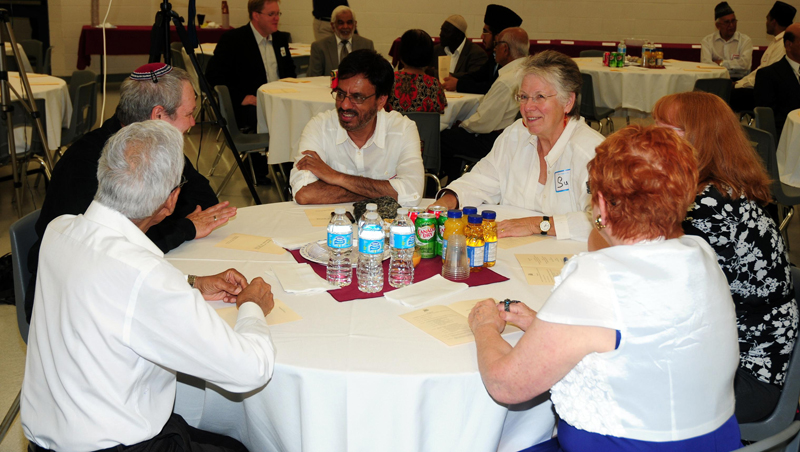 Thereafter, a Multicultural Flavours of Iftar menu, containing items from Africa, South America, North America and South Asia was served and the guests very much enjoyed the multicultural iftar menu. 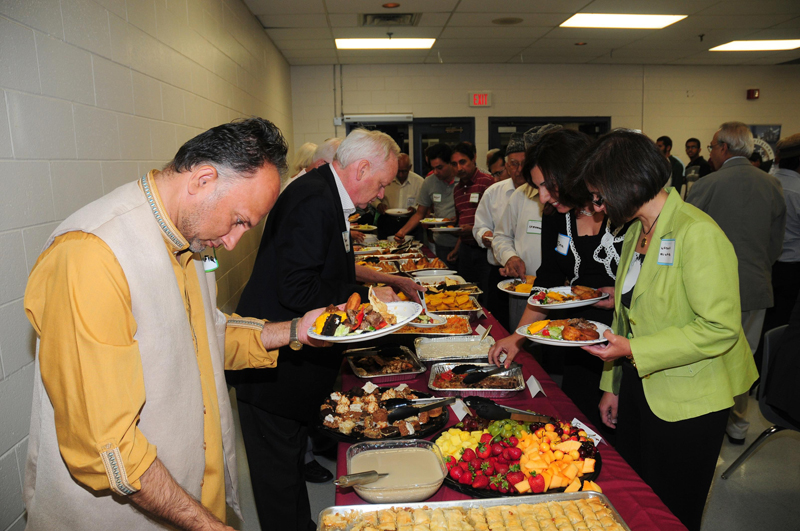 Other highlights of the event:

Everyone left with great remarks about the event.

Thanks to all the dedicated volunteers who helped in the promotion, organization and sorting out all the logistics of this event.

Taste the many Flavours of Iftar