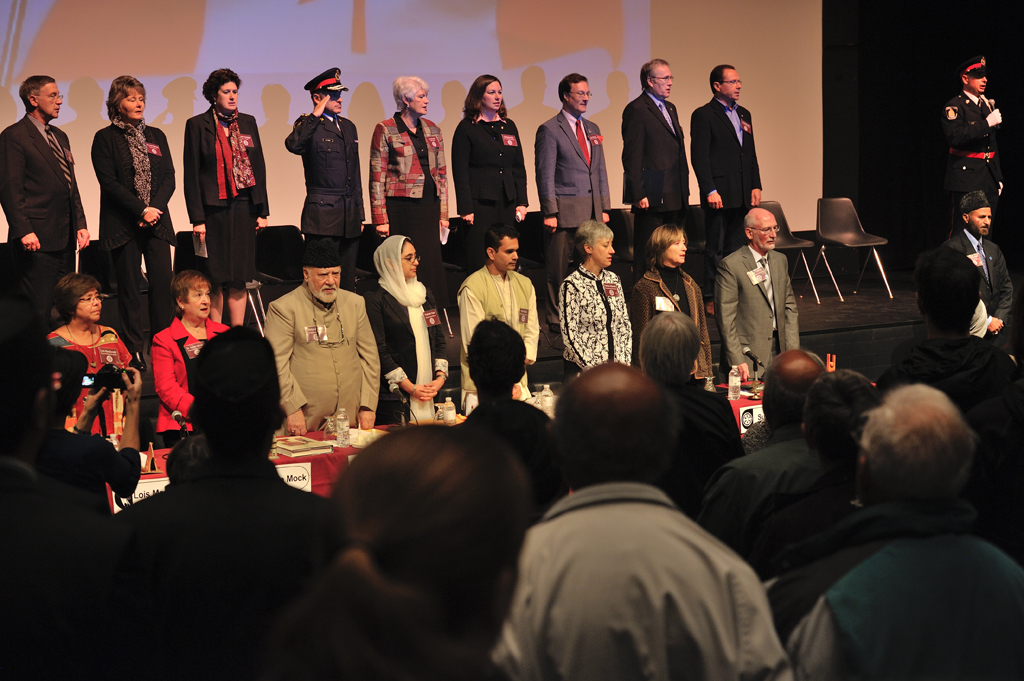 The World Religions Conference (WRC) is an multi-faith event which brings together well-known scholars from the world’s major religions to speak on a common topic from the point of view of their respective religious traditions. For thirty years, the WRC has served as an invaluable forum for different religious and ethnic communities to gather in the spirit of tolerance, peace, cooperation, and understanding. The WRC serves the noble purpose of educating members of the community regarding interesting and relevant topics by providing a platform where all major religions can pool their collective wisdom and teachings regarding the topic. Continually on the rise in terms of organizational standards, quality of content, and attendance, the WRC has become the largest multi-faith event of its kind in Canada.

With its ever-growing profile in the Waterloo Region and Canadian society in general, the WRC has become a central meeting place for religious leaders and their communities. The conference has had the honour of being noted by prominent figures including the Prime Minister of Canada, and the Chief Justice of Canada, in addition to dozens of other local, provincial and national leaders.

With free admission and lunch, and a great chance to learn and meet others from a multitude of faith and philosophical communities, it is a small step to make this world a more peaceful world to live.

Each year a theme is chosen as a topic for deliberations for the speakers and scholars representing various religions.

This event is expected to draw several hundred from the region and across Canada. Several local, provincial and national leaders are also expected to attend and deliver greetings to the delegates.

Renowned speakers representing Aboriginal Peoples' Religions, Hinduism, Judaism, Christianity, Islam, Sikh Religion and Humanism (Atheism) will participate at the event. The speakers are expected to describe relevant teachings from their Holy Scriptures or traditions as well as to elaborate on the logical underpinnings of these teachings.