Theme:  Idea of an Ideal Government 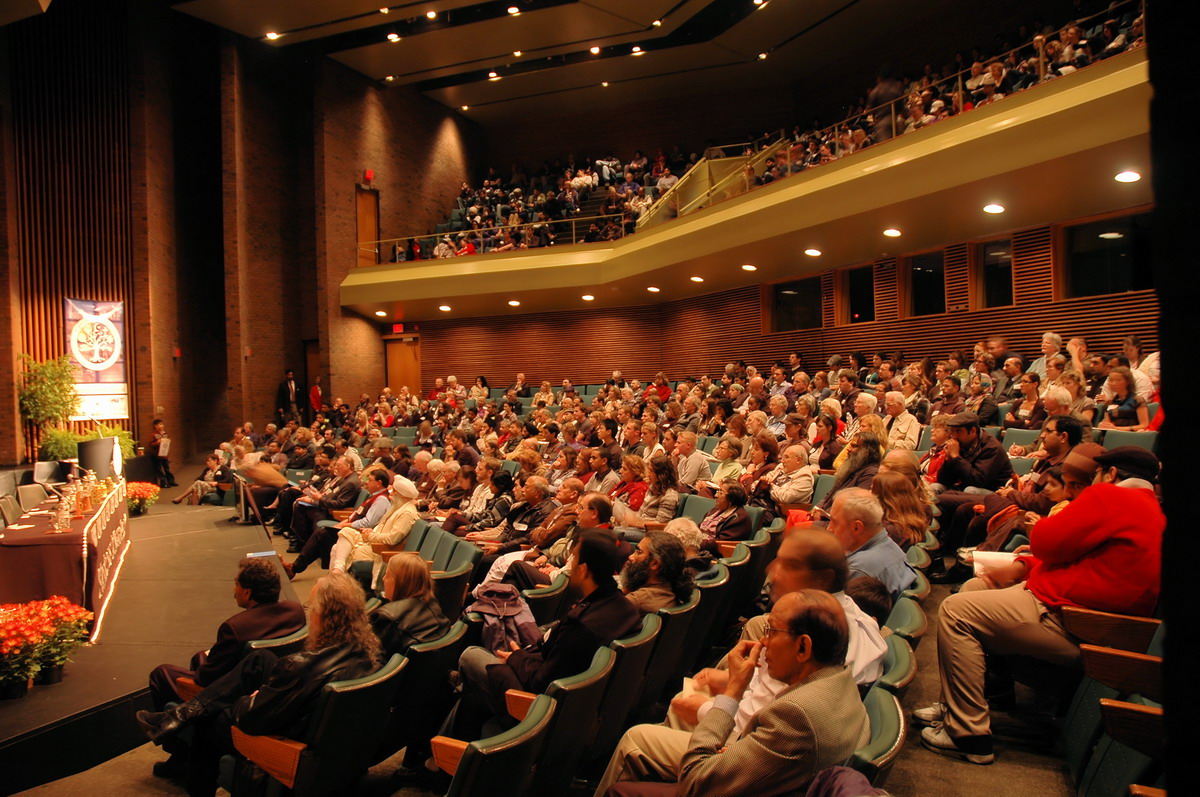 The 32nd World Religions Conference was held October 13, 2012 at the University of Waterloo.Â  Scholars from various religions and philosophical traditions were invited to participate.

The World Religions Conference (WRC) is a multi-faith event which brings together well-known scholars from the worldâ€™s major religions to speak on a common topic from the point of view of their respective religious traditions. For thirty years, the WRC has served as an invaluable forum for different religious and ethnic communities to gather in the spirit of tolerance, peace, cooperation, and understanding. The WRC serves the noble purpose of educating members of the community regarding interesting and relevant topics by providing a platform where all major religions can pool their collective wisdom and teachings regarding the topic. Continually on the rise in terms of organizational standards, quality of content, and attendance, the WRC has become the largest multi-faith event of its kind in Canada.

With its ever-growing profile in the Waterloo Region and Canadian society in general, the WRC has become a central meeting place for religious leaders and their communities. The conference has had the honour of being recognized by prominent figures including the Prime Minister of Canada, and the Chief Justice of Canada, in addition to dozens of other local, provincial and national leaders.

The speakers were specially sought out and invited by the organizing committee to ensure that each faith is represented by a knowledgeable scholar of that particular faith, who does justice to the topic and the religion that he or she represents.

The premier organizer and sponsor of the event was the Ahmadiyya Muslim Jama`at Canada. Cooperation and partnership includes several cities, academic institutions, faith based associations, student clubs and numerous other organizations.

The conference theme explored the impact of faith on politics and governments. Does religion provide any framework for an ideal government? To what extent should state and religion be separate? How has the relationship of religion with politics changed after the recent significant world events? Does this relationship foster ideal governments in Canada and around the world? The speakers were expected to describe relevant teachings from their Holy Scriptures or traditions.

This year's conference was particularly special as it commemorated the Queen's Jubilee and Her Majesty's long standing service towards the power of togetherness and a reign which creates equality, justice and freedom for all faiths and philosophies. The theme chosen for the conference, "Idea of an Ideal Government" further compliments her vision and helps us strive for a better future.