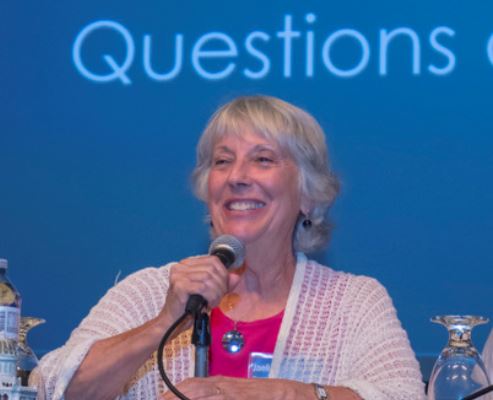 Answer: Secular laws are intended to govern the rights and responsibilities of all Canadians, while religious laws are for individuals who choose to be part of that faith community. Generally speaking, religious (or moral) values—such as justice—guide Canada's constitution and laws. To protect and even improve upon how effectively this is done , we can seek to elect and appoint officials whose actions are, to the extent that we can determine, guided by moral principles rather than selfish or materialistic reward.

Answer: Baha'is believe religion and science are two worldviews that can work together like the wings of a bird. In harmony, they can take society to heights that could not be achieved with either worldview alone. As a Baha’i, I believe that new technology should be guided by principles which include considering moral implications of research and innovation, consulting with others to resolve differences or evaluate issues, seeking truth rather than just protecting egos, and striving for consensus to reach understanding and agreement.

Question 3: How you explain the difference. Existence of “God” as explained by the Muslim Speaker?

Answer: Baha'is believe God is unknowable and does not exist in the same way that we define existence in space and time. Baha'is also believe that God has a relationship with mankind and is closer to us than the hairs on our neck or, as it says in the Quran, closer than our jugular vein.

Question 4: Do you consider Baha’i faith to be a sect of Islam? Do Baha’is believe in the Kalima “There is not God but God, and Muhammad is the messenger of God”? by Bill

Answer: The Baha’i Faith is an independent world religion, as recognized by most scholars, other Faiths, and secular (including governmental) authorities. With “progressive revelation” as one of the central tenets of the teachings of Baha’’u’llah (the Founder of the Baha’i Faith) we do indeed accept Muhammad as a Prophet of God, a Messenger of God, and a Manifestation of God—which is the specific term Baha'u'llah uses to describe the intermediary status between God and mankind.

Question 5: If all the religions claim peace and love, so why is there so much inter-religious killing. Apparently many of the killings done in the name of religion? By F. Rahman

Answer: Like you, I am bewildered that this has been and seems to continue to be the case—at least in some parts of the world. As a Baha’i, I believe that as we all develop our spiritual capacities and align our actions with our highest ideals then gradually, over time, inter-religious killing will cease and acceptance, understanding, and cooperation will take its place. In the words of Baha’u’llah: “Consort with the followers of all religions in a spirit of friendliness and fellowship.”

Question 6: If God speaks today and one can hear him, any hearing experience?

Answer: We experience God through the Manifestation of God for our time. God always has, and always will, speak through Messengers as and when humanity is ready to advance. As a Baha’i, I believe that
everyone should investigate reality for themselves to ensure we don't just "hear" what we want or what others have told us. Ultimately we strive to hear the harmony of truth.

Question 7: How would you explain about the differences among people (i.e. some poor, some rich, some beautiful some ugly) in regard of God as the creator?

Answer: Humanity is part of Creation. The ecosystem is full of diversity, offering both strength and beauty. Likewise, individuals have different qualities which contribute to the strength of society. Baha'is believe there is harmony to be found in the combination of differences—similar to music or a garden.

Question 8: What is the nature of Homo sapiens? From Francis Tuntu Asheri

Answer: The Baha’i Writings stress the agreement of science and religion. It then follows that we believe in science and accept the theory of evolution. Furthermore, the Baha’i Writings state that whatever we may have looked like in early times, and whatever label we may now apply to any previous stage of our evolution, mankind has always been mankind by virtue of our being spiritual beings.

Question 9: What is the religions attitude towards homosexuality and the gender spectrum? By Azura

Answer: The Baha’i Faith accepts all people who sincerely recognize Baha’u’llah as God’s Messenger for this day—and we all strive to abide by the moral and social standards within the Baha'i teachings. The Writings also affirm that variations of gender identity and gender expression are not intrinsic components of a personal identity beyond this physical world.

Question 10: Although our understanding of God may differ, are we all looked after and received by the same God?

Answer: Yes. Baha’u’llah affirmed that there is only one God and that His guidance for humanity is revealed progressively over time. No matter what name or understanding we may use to refer to Him, this does not change God nor His message. We believe that all human souls will continue to another state of being after our physical death—not literally a heaven or hell but rather in a spiritual condition reflecting our distance or proximity to our Creator.