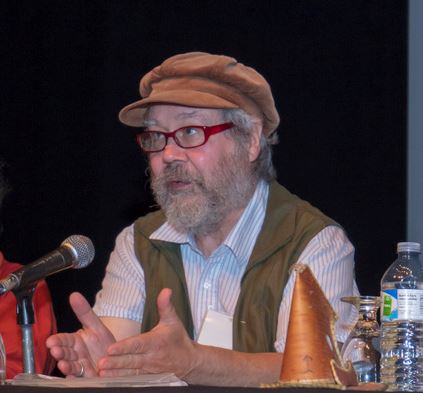 Answer: I do not understand the question, perhaps, because – apart from a Canadian holding this or that religious perspective (or none) – it is each person’s obligation and privilege to vote in those who we agree with in policies that conform to our values, and to live in respect of the will of the vote when in disagreement. My response is not so much what we can do as people of faith but rather what can we do whether a person of faith or not to work within the democratic system that privileges us to be multi-cultural and multi-religious.

Answer: Again, I am uncertain what the question asks when it begins with “As a scientist.” Is the person asking the question a scientist? Am I asked to respond as if I am a scientist? Is the question asking how a scientist would answer this question? For my part as a Jew (though I cannot speak on behalf of any other Jew), I am always obligated to respect others, even those who are involved in genetic engineering. If I disagree with the process, then I have legal and social means to voice my disapproval. (Again, “Vive le Canada!”)

Question 3: How would you explain about the differences among people (i.e. some poor, some rich, some beautiful some ugly) in regard of God as the creator?

Answer: The adage, “Beauty is in the eye of the beholder,” applies here for me. G-d probably has quite a different way of perceiving poverty, wealth, beauty (as humans see it), ugliness (again, as determined by humans) so G-d as Creator has brought opportunities into our lives to bless G-d when we encounter any expression of Creation. And as Jews, we are obligated to make life easier for those who are struggling, whether in poverty or judgment of their appearance, or whatever.

Question 4: If God speaks today and one can hear him, any hearing experience?

Judaism asks a similar question about the kingdom of G-d and of G-d as king. Is G-d king if no-one acknowledges G-d’s rule? A Jewish response is yes, and no. Yes, G-d is king because de jure G-d rules behind the scenes and incognito in every scene; and G-d only is king de facto when humans acknowledge G-d and submit to G-d’s reign. As to the kingdom of G-d, it is wherever the king (that is, wherever G-d) is.

Question 5: What is the nature of Homo sapiens? From Francis Tuntu Asheri

I do not know what the question seeks as a response, so I will pass on this question.

Question 6: Can you please enlighten us on the originality of the bible in relation to what was actually revealed? By Hafiz Aziz

Answer: Like all religious literature, in my opinion, the revelation and the recording of the revelation are both near and far from each other. Just as only science requires zero degree of difference from a source text to a transmitted text, and no other literature in translation attempts to approximate exact rendering, so too tradition, human intention, interpretation, and even politics enter into the translation or written form of every sacred literary document. This does not negate transmission of intent of the original revelation, necessarily, but it requires much sobre investigation at a literary (form critical; source critical; redaction critical; etc.) level.

Question 7: Why is the Jewish population small considering that it is older than Christianity and Islam? Does this mean that “God’s Chosen people” experiences God lesser than the other 2 religions? By Fatima Amatullah (also via Twitter)

Answer: A chauvinistic response could be that G-d cares more for Jews and therefore keeps a limited few to G-dself. But I think it is more complicated than that. Originally, Hebrew Scriptures indicate that G-d chose Jews intentionally because they were few in number, less powerful than other peoples, and of no noble heritage so that G-d would be praised and glorified whenever Jews rose to the occasion or attained favorable recognition. Perhaps G-d is committed to always gain the credit for all the contributions in society throughout history brought about by Jews (for example, the inordinate number of Nobel Prize winners that were/are Jewish).

Question 8: Although our understanding of God may differ, are we all looked after and received by the same God?

Answer: A Jewish midrash (ethical statement) that is one of my favorites says: “The falling of rain is more beneficial than the giving of the Torah; the Torah (Jewish Scriptures) brings joy to Israel whereas the falling of rain brings joy to the entire world.” Midrash Tehillim 117.1 (a midrash of the Psalms that quotes an early rabbi, Tanchum bar Chiya, fourth century of the Common Era).

Question 9: Today we face the challenges of multiculturalism and individualism breaking down community. How does your faith draw people back to community? By Brian.

Answer: Judaism obligates Jews to the betterment of each Jew, which in turn has the potential of bettering each part of the world in which each Jew lives. Jews are equally obligated not to correct those who are not Jews, except through good example and concern for the poor.